«Dealings in Dungeons» is a single-player dungeon-crawling role-playing printable-cuttable card game made by Sophie Houlden. I recommend it, it’s fun!

This post is mostly an extended twitter reply to Sophia with the scattered thoughts about the game. 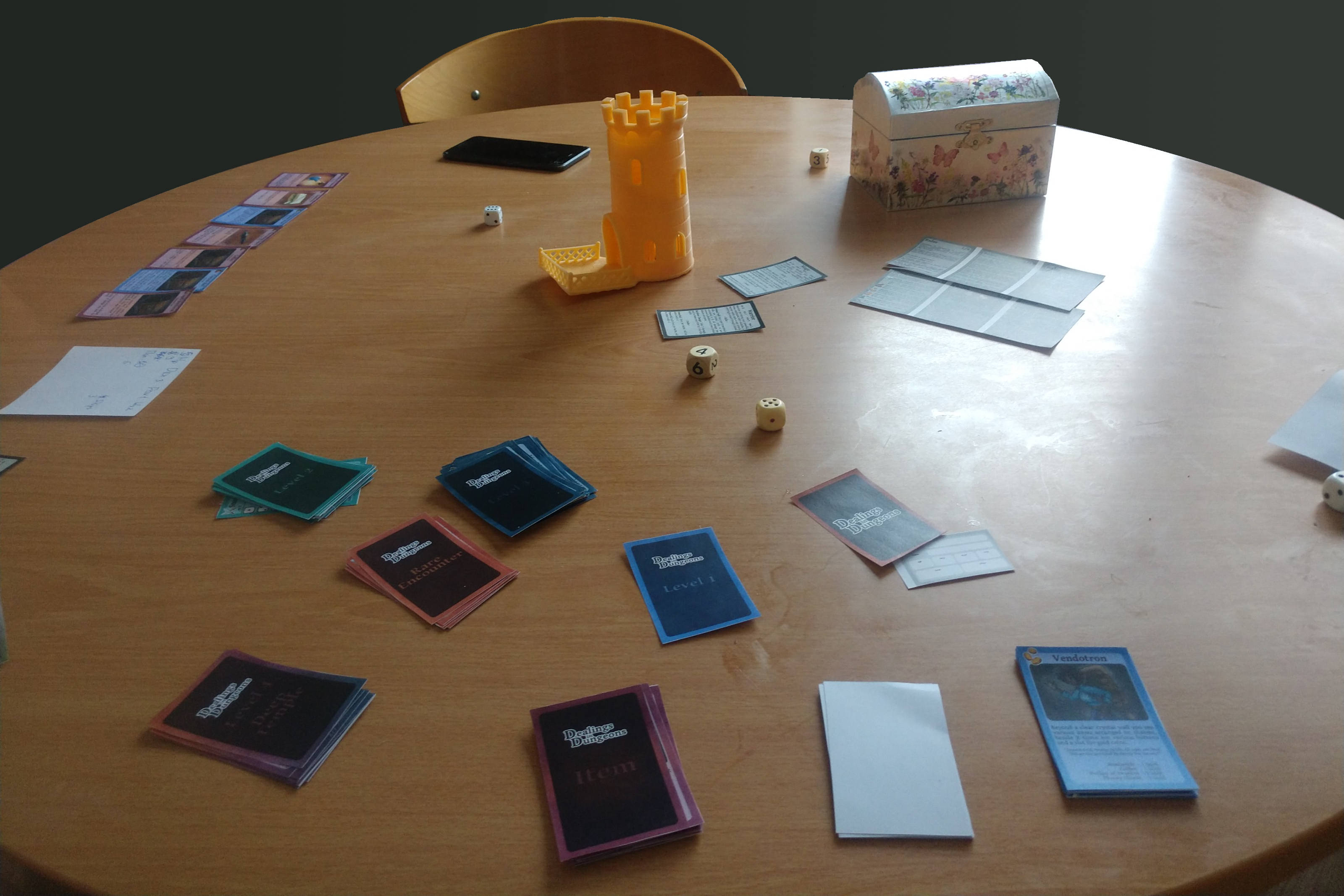 The adventure started with Cursed Statue as the very first object to pick up. It gives a -2 to all attack rolls! so it’s a hard mode switch turned on at the very beginning. After surviving the first two fights with such an obstruction we had to decide what to do.

It didn’t occur that you can probably just drop it on the ground anywhere :) It didn’t felt right to retrofix the problem by pretending that it wasn’t picked up in the first place — so the poor rogue was on the quest to find a shopkeeper naive enough to buy it off from him. Many shortcuts were avoided until finally, close to the endgame a shopkeeper in the level 3 agreed to buy the cursed figurine off our hands. Real-life cheering ensued! Many shortcuts were avoided to improve the chance of encountering the shopkeeper.

Rogue got some fairy early on as an ally — but they soon left, disgusted by rogues actions at some dead adventurer’s grave.

Soon another ally was encountered — a greedy merc named Macy, who asked outrageous two gold for each fight, or she’d leave. Although she was sleeping through many of her attacks, she was well worth the price and was with the rogue till the end.

Another ally, a weird doctor with a suitcase full of saws, was very welcome as well, and, like Macy, helped to win the final boss.

Even though the game is solo, having another player to DM the events vastly improves the experience: